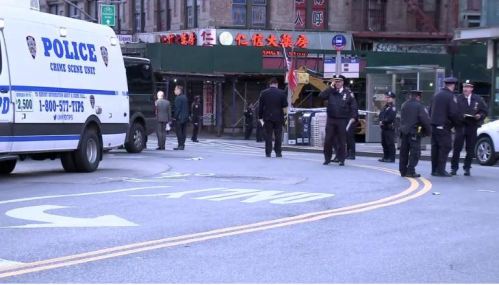 Four men believed to be homeless were attacked and killed in a brutal rampage in New York City overnight.

The men were violently assaulted in the city’s Chinatown area in Lower Manhattan at three different locations.

Officers responded to reports of an assault around 1:40 a.m. where first responders found a victim who suffered trauma to his head. He was pronounced dead at the scene. They discovered three other bodies just a block away.

A fifth victim survived and is in hospital in critical condition.

Santos was found near one of the crime scenes holding a metal bar dripping with blood.

The assaults appear to have been “random attacks,” and the victims were apparently sleeping at the time they were assaulted, police said.

He is expected to be charged in court on Sunday.