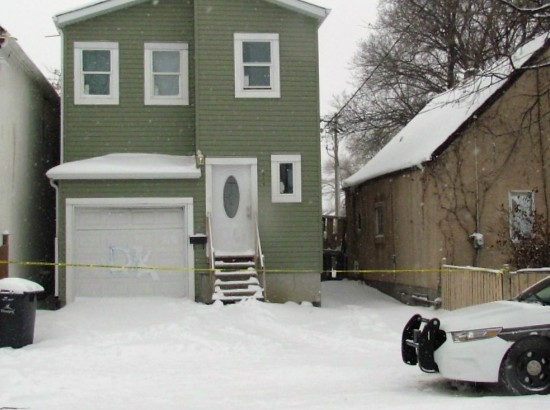 Police were at home on the 500 block of Alexander Avenue, after a deceased man was found in the residence on Tuesday, January 14, 2020.  Photo: Northern Plains Freelancer.

Winnipeg police have charged a woman with second-degree murder after a man was found dead in a home on Alexander Avenue, last month.

On January 14, at approximately 11:45 a.m., police responded to a report of an insecure premise at a residence located at 516 Alexander Avenue.

Upon arrival, officers found a deceased man within the home. He was identified as Greg Joseph Jr. Dumas, 33.

His death was ruled a homicide and police continued to investigate.

According to a media release, on February 4, Patrol officers responded to the 300 block of Elgin Avenue for a report of a vacant residential property that was being occupied by people that didn’t reside there.

Police located a suspect in the homicide Dumas and placed her under arrest.

Investigators believe that she had been unlawfully residing in the 516 Alexander Avenue residence at the time of the killing which occurred on January 6.

The victim and the suspect were both at the residence when he was assaulted with a blunt instrument causing fatal injuries.

Sonya Leah-Ann Buck, 34, of Winnipeg, has been charged with second-degree murder and two counts of being unlawfully in a dwelling house.

She was detained in custody.